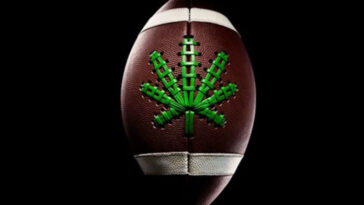 Years of research over the past two decades has contributed to support that CBD is an effective and natural health supplement for pain and inflammation. This has caught the eyes of a multitude of former and active NFL players from Rob Gronkowski, Terrel Davis to Baker Mayfield and Derrick Morgan; who have started advocating for its use among players as a safer alternative to opioid medication. Although skeptical, the NFL is finally starting to assess the benefits of allowing CBD use in the league.

In 2019, the NFL announced that it would study marijuana and its range of cannabinoids, in order to determine if it was a possible pain management tool. The first major step occurred in 2020 by forming a Pain Management Committee (PMC), composed of medical experts working to establish uniform standards regarding pain management and use of prescription medications; for the benefit of the health and safety of NFL players. The PMC intended to meet with manufacturers of cannabidiol, by conducting two informal forums to learn more about the science and manufacturing in North America and conclude if CBD and football could mix.

In March 2020, the NFL and the NFL Players Association struck a new deal as part of their Collective Bargaining Agreement that removed suspensions for testing positive for cannabis, meaning players can use CBD oil that has a 0.3% THC or lower in ingredients, without fear of stiff penalties. Although there is more flexibility, the agreement also stipulates that individuals who test positive for cannabis could still face consequences not limited to: a fine of several weeks’ salary or mandatory participation in treatment programs.

The PMC continues to develop a consortium of collateral, resources and input from medical professionals in order to expand its knowledge about pain management and the potential effect(s) of CBD on the overall athletic performance of NFL players. In March 2021, a request for information was published stating PMC’s goal of identifying researchers with experience conducting independent research studies related to pain management and alternative options to opioids including CBD and other cannabis-derived products. Any qualified candidates or research portfolios should be submitted to PMC’s request in order to expand the league’s knowledge of alternative treatments for player injuries.

Overall, the league has put marijuana on the playing field and has brought CBD down to the end line for a potential field goal in 2021. 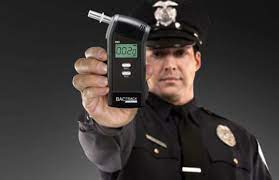 The legalization of cannabis in the United States is being closely tracked by the development of THC breathalizers as new rules around cannabis and driving kick in. It is only a matter of time before the technology arrives in South Africa as driving stoned will not be allowed should cannabis be legalized completely.

Vancouver-based Cannabix Technologies is the latest company to successfully develop a THC breathalizer. The company issued a statement on 9 May 2022 saying that it had conducted a study that “showed a correlation between breath samples collected and analyzed with Cannabix hardware and blood plasma levels of THC.”

“We have developed a truly ground-breaking breath analysis tool capable of breath sampling for THC, within seconds, with no sample preparation needed,” Cannabix Senior Analytical Chemist Dr Jared Boock said. “Furthermore, we were able to store, ship and analyze samples for up to 40 hours after they were taken in the field”.

Chris Halsor, a Colorado attorney with two decades of criminal law experience, told Discover Magazine that: “legalization of marijuana was a big paradigm shift for law enforcement. When it was totally illegal, if you smelled it [or] saw a roach on the floorboard of a car, that instantly got you into cars without warrants. That instantly led to arrest. Nowadays, it’s not so simple”.

The rest of this article is reproduced from Discover online:

Testing for cannabis more complicated than for alcohol

Breathalyzer-like devices that measure the main psychoactive chemical in cannabis — delta-9-tetrahydrocannabinol, or THC — have popped up in various stages of development. Whereas urine tests detect the presence of marijuana up to a month after impairment subsides, and blood tests up to three weeks, breath tests have the shortest detection window of up to just two or three hours after smoking. It’s an important distinction for law enforcement, who could in theory use a positive result as evidence of driving under the influence.

The rollout comes at a pivotal moment for cannabis use, spurred in part by the COVID-19 pandemic. According to the UN World Drug Report 2021, stay-at-home orders and social distancing restrictions led to “cannabis users consuming cannabis more frequently and the exposure of a new segment of the population to the drug” in many countries. While marijuana markets enjoyed this business boom, however, the NHTSA reported that the number of injured drivers admitted to trauma centers with marijuana in their system rose by half in the beginning months of the pandemic, compared to the previous six months.

When it comes to alcohol, figuring out impairment is no tall task. Because humans are made of roughly 60 percent water, water-soluble alcohol disperses quickly throughout the body and is eradicated in a matter of hours. A simple ratio links the amount of alcohol in a person’s breath to the amount in their blood, and there’s a good chance you’ll find yourself taking a trip to the police station if you drive with a blood-alcohol content (BAC) above the legal limit.

For the first few hours after you light up or eat an edible, a breathalyzer can detect the THC that is transferred from the bloodstream and into the lungs — just like alcohol.

After that, however, THC is transformed into non-psychoactive molecules called metabolites. More than 80 different metabolites are formed from THC, all of which are stored in fat, and the length of time they linger in the body depends on a variety of factors: percentage of body fat, level of tolerance, gender, and the method and type of cannabis used.

California-based Hound Labs says existing tests that detect metabolites rather than THC can’t differentiate between the person who “smoked cannabis legally and responsibly at a BBQ on Friday night, versus their colleague who smoked Monday morning on the way to work.” Its Hound Marijuana Breathalyzer is one billion times more sensitive than an alcohol breathalyzer and is expected to ship to prospective customers at the end of this year, says CEO Mike Lynn.

The post Coming Sometime Soon to a Roadblock Near You: THC Breathalizers! appeared first on Cannabiz Africa. 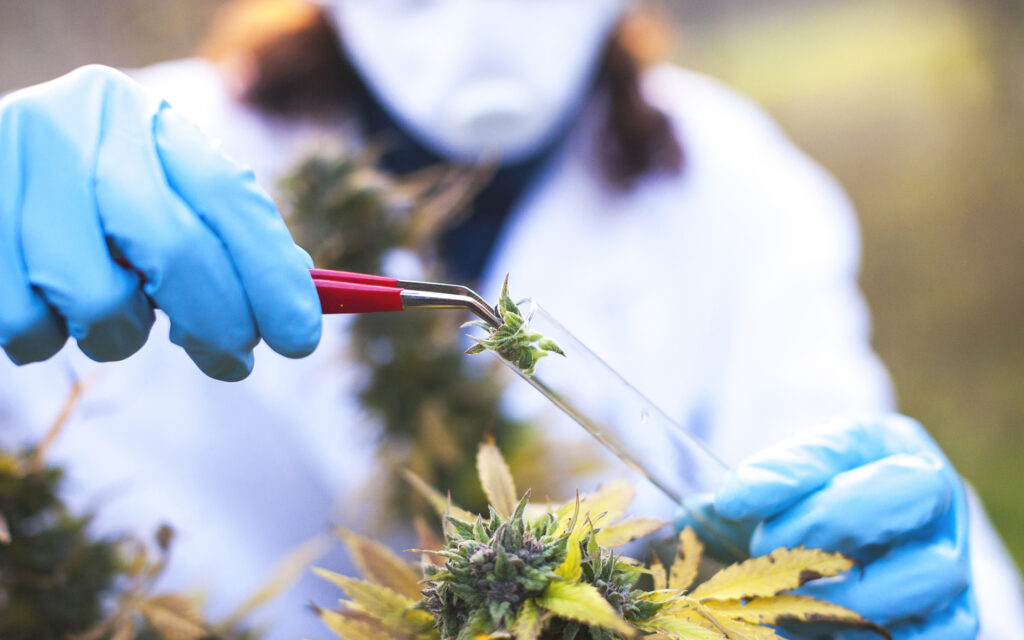 The biggest cannabis medicinal clinical trial in South Africa, is currently underway, conducted by a research facility called Bio Data. Bio Data is a division of Labat Health in partnership with ONQ Clinical Research Organization and Medical Cannabis S.A. The clinical trial seeks to conduct research to understand side effects of cannabis used for pain management, anxiety and stress disorders. There are innumerable benefits that will result from this research; and practitioners and researchers alike, are anxiously waiting.

The trial is being led by Dr. Shiksha Gallow as the principal investigator. The medical cannabis real world evidence (MC-RWE) study, will be based on 1000 participants; in which their personal medicinal cannabis usage will be observed over a certain time frame. Participants in the study, will be able to access a wide range of medical cannabis flowers and oils; that have consistent genetic, chemical, cannabinoid and terpene profiles, which will address the ongoing concerns with anecdotal evidence.

Bio Data has announced that they will conduct the research in conjunction with the Crowd Funded Project; their shared objective is to create funding to support the costs of running the project. This funding  increase will assist with creating substantial observational and case studies data to fund future clinical trials. The research could be increased in participant sample population size as time goes, if the initial program is a success. The envisaged objective of this clinical trial project is to help South Africans get legal access to medicinal cannabis for personal usage and consumption. This will mostly occur from the South African Health Products Authority accredited facilities, as part of the pain management processes.

The research program will give crowdfunding participants access to 14 grams of medicinal cannabis flower of the Tallyman strain with 17-22% Tetrahydrocannabinol (THC). The participants will be given 0.5 grams dosage (as prescribed by a doctor) to take on a daily basis at night. All interested participants can contact Bio Data directly to get access to additional information including their clinical trial enrollment forms. I personally believe that this research project will demystify and cast away the social stigma usually associated with the consumption of cannabis for medicinal purposes.

The aforementioned  research project will also identify viable alternative pain, stress and anxiety  treatment avenues which can not only benefit the well-being and wellness of South Africans, but most importantly which can contribute billions to the country’s gross domestic product (GDP) in agricultural and health services revenue generated by the accredited SAHPRA facilities and service providers.

We would like to know what your thoughts and opinions are regarding this clinical trial project. We would like you to share your thoughts and opinions in the comment section below this. Please share with us, if and why you would be a participant in this research project and how your participation can contribute to making these clinical trials a success. 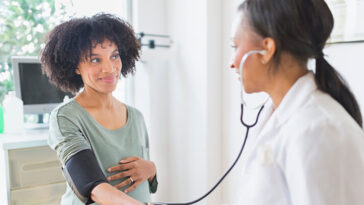 A recent study found that cannabis use helped to lower the systolic and diastolic blood pressure in adults over 60 suffering from hypertension. Participants of the study consumed cannabis regularly over a three-month period and to their great surprise, saw declines in their blood pressure.

Initially published in the European Journal of Internal Medicine, the researchers found that using both cannabis flower and oil had the same effect. They attribute much of the success to the well-known pain-relieving properties of the plant.

Nearly 61% of all medical patients in the US began using after the age of 60. The majority of those patients are using cannabis to treat chronic pain, reduce anxiety and sleep better. While there hasn’t been extensive research on the potential of the physiological impact of cannabis over time, researchers are optimistic that cannabis remains a viable alternative to some prescription drugs.

The research continues to show the multiple benefits of cannabis. Do you have a parent or loved one that medicates with cannabis?