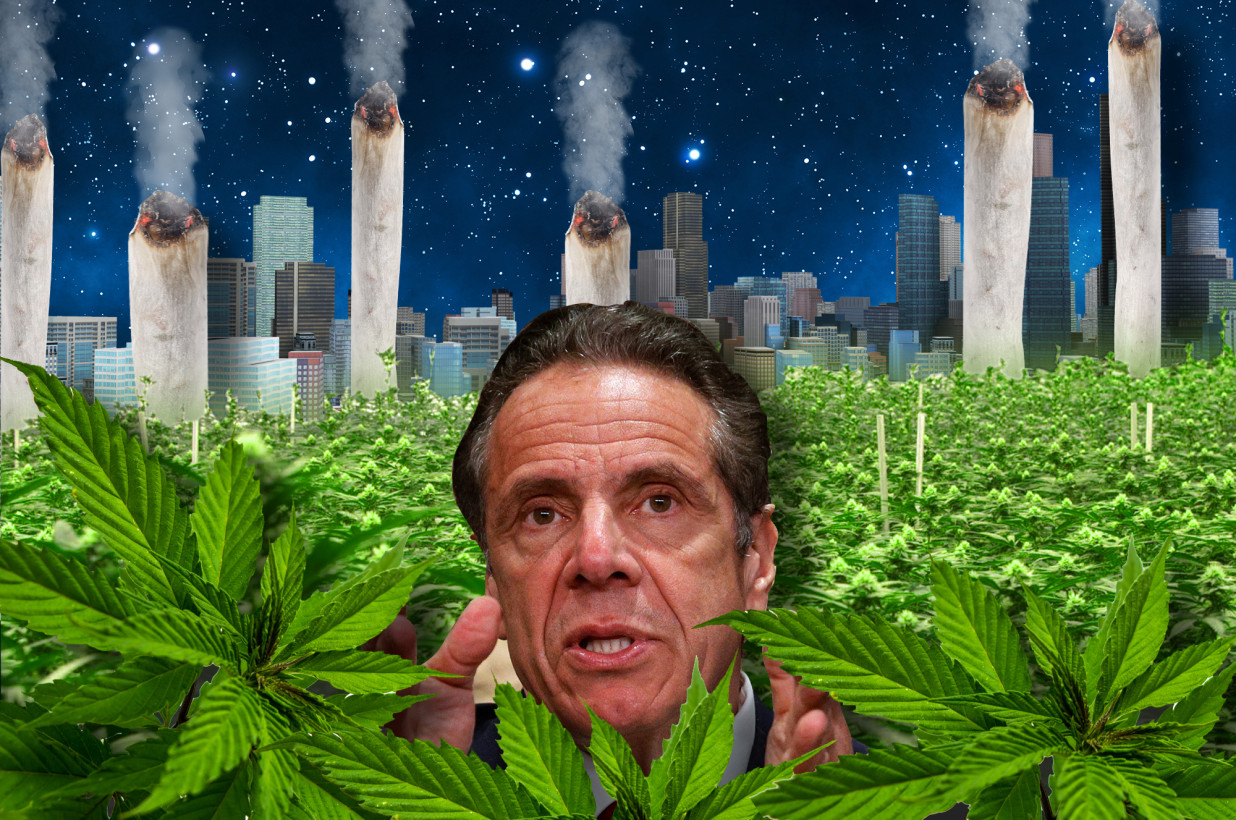 New York lawmakers legalized recreational, adult-use cannabis this past Wednesday [March 31st], setting the stage for the state to become one of the largest legal markets in the US. Passing with a vote of 100 to 49, the legislation is welcome news to those seeking reform and economic stimulus to the state.

“Legalization in New York is incredibly significant in terms of its potential to reduce disparate racial arrest for cannabis consumption, but also in its ability to move the needle on the federal level,” – David Magnone, director of policy for The Liaison Group

The US is making strides towards full, federal legalization, what state do you think will be next? 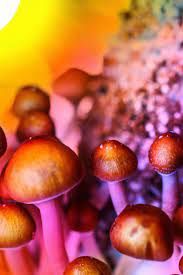 The South African Health Products Regulatory Authority (SAHPRA) has issued Africa’s first license allowing psilocybin to be used in clinical trials. Mutinational cannabis company Cannsun, which has a major grow-op at Atlantis in the Western Cape, said in a press release on 14 April 2022 that SAHPRA had given it the go-ahead “to commence an in-human women’s specific clinical trial to evaluate a safety and efficacy of psilocybin in 30 HIV positive study participants suffering from Major Depressive Disorder.”

Cannsun describes itself as a “bio-pharmaceutical company focused on developing and commercializing new medicines to optimize human potential with operations in South Africa and Thailand.”

Donaghue Woodman, Head of Research and Development at Cannsun Group PLC says:
“It is vitally important to have a deeper understanding of how woman respond to medical treatment for major depression versus men in order to develop psychedelic therapies and treatment protocols for women that have clinically significant outcomes that are safe and effective. This research to be conducted in South Africa follows a globally renewed interest in psychedelics aimed at exploring the treatment benefits of these previously misunderstood compounds.”

Mental health disorders are one of the leading causes of disease burden in the world, according to a 30-year global systematic analysis published in Lancet Psychiatry. As MDD is one of the more prevalent co-morbidities in HIV and in women, where an estimated 7.7 million people are living with HIV in South Africa, the trial will to be conducted in an all-female HIV positive group. Women have previously been underrepresented in clinical trials related to mental health, trials where women were included, the published results were not gender specific.

SA Trials to be done by TASK

TASK is a multinational clinical research institute which conducts clinical trials to determine the treatment effects of novelties in healthcare and offers services in conducting complex clinical trials in a wide variety of therapeutic areas.

Established in 2005, TASK is a renowned research specialist organization in infectious diseases, most notably in tuberculosis, COVID-19 treatment and vaccines and has been published and mentioned in several leading journals, notably in the New England Journal of Medicine. Similarly, TASK’s founder Professor Andreas Diacon has been celebrated by the Bill and Melinda Gate’s Foundation as a ‘hero in the field’ for his contribution to TB drug development.

“The TASK team are proud to have been selected by the Cannsun group to conduct this ground-breaking trial, first in our unique African population. We look forward to making progress in the treatment of mental health disorders and to the influence this trial may have in generating further investment in psychiatric research with innovative compounds.” Duncan McDonald, Head of Business Development at TASK.

TASK will work in conjunction with Soraya Seedat, a distinguished Professor of Psychiatry and Executive Head of the Department of Psychiatry at Stellenbosch University. She has more than 20 years of clinical, epidemiological and basic neuroscience research experience as a psychiatrist.

She has also been the recipient of several awards including the World Federation of the Society of Biological Psychiatry Fellowship, the Lundbeck Institute Fellowship Award in Psychiatry, an MRC mid-career award, research fellowship from the University of California San Diego, the Anxiety Disorders Association of America Career Development Award, the Humboldt Research Award in memory of Neville Alexander, the Chancellor’s Award for Research from Stellenbosch University and an MRC Gold Merit Award.

“Mental health is a global pursuit, and we are hopeful this research may bring advancement of treatment of depression and anxiety illness. Our research will be conducted in South Africa where women’s heath in a clinical setting is underrepresented, 25% of the adult women population between ages 15-49 are HIV positive. Our R&D team at Cannsun aim to further advance medical treatments in South Africa utilizing emerging medicines.” David Parry, Chief Executive Officer at Cannsun Group PLC.

Zimbabwe Tobacco Board Tells 145,000 Tobacco Farmers: “A Quarter of Your Income Must Come from Hemp by 2025” 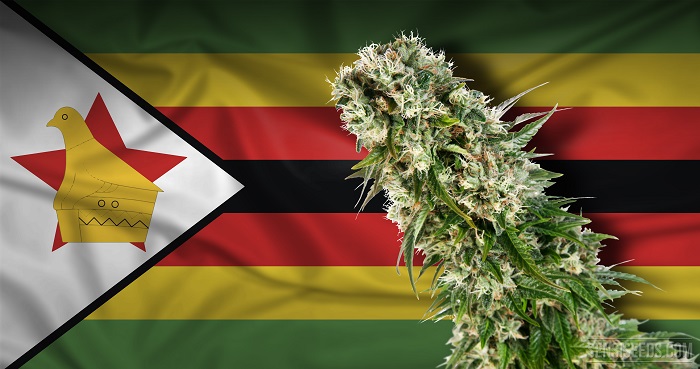 Anticipated demand for cannabis is projected to continue to grow while tobacco output globally may decline 15% by 2030, according to Meanwell Gudu, the CEO of Zimbabwe’s Tobacco Industry and Marketing Board.

“One of the alternative crops we are looking at is industrial hemp,” he told Bloomberg’s Ray Ndlovu by phone on 4 April 2022

The board has 145,000 registered tobacco growers, who started selling 2022’s crop at auctions last week. Farmers will be encouraged to plant cannabis so that a quarter of their income comes from the plant by 2025, Gudu said.

“It’s a crop that requires attention to detail, just like tobacco, and we are confident that they will have the skills,” he said. “We want to be part of the entire industrial hemp chain.”

The board will look for export markets for industrial hemp including in China, the EU and will also seek to develop a local market, Gudu said.

The country exported 30 tonnes of industrial hemp to Switzerland in 2022, its first foray into the European market, said Zorodzai Maroveke, the founder of the Zimbabwe Industrial Hemp Trust. The group is partnering with the tobacco board to facilitate the “smooth transition” to cannabis for commercial purposes.

Tobacco earned the country $819m in revenue in 2021. Farming cannabis for medical use in Zimbabwe was first legalised in 2019.

“Switzerland is the first gateway into Europe,” Maroveke said in an interview in Harare.

Another 20 tonnes of industrial hemp are set to be exported to the European nation, she said.

The post Zimbabwe Tobacco Board Tells 145 000 Tobacco Farmers: “A Quarter of Your Income Must Come from Hemp by 2025” appeared first on Cannabiz Africa. 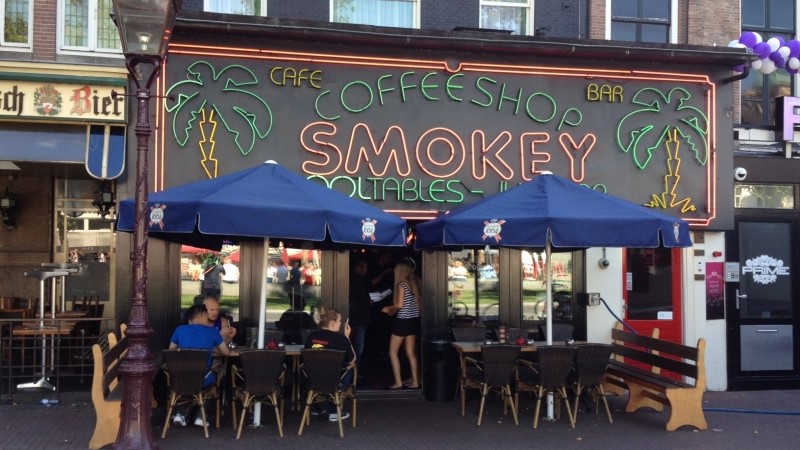 The world famous Dutch capital city Amsterdam is looking to ban tourists from being able to frequent its famous coffee shops. For decades cannabis enthusiasts have been able to light up in Amsterdam with their chilled culture and relaxed drug policies – however some local politicians are looking to end the fun.

The changes, presented by mayor Femke Halsema, would require that cannabis would only be made available for purchase from the cities 166 licensed coffee shops by residents only. This policy would align with many of the other cities across the Netherlands including Rotterdam and Maastricht. Conservatives feel many of the cities problems are caused by the current cannabis market including illicit drugs and crime. Residents have complained about loud noise, littering and raucous behavior from tourists.

A ban would mean the loss of thousands of jobs and revenue for the city and definitely be a big change for a city that made cannabis a big part of its identity and made it a huge tourist destination. As this is not the first time the policy has been under attack its very much a wait and see type thing to find out what happens. Stay tuned….

Why Should We Care If Pot Offenders Get Released From Prison?

Fueled by Cannabis: Pot-powered Athletes are Focusing on Recovery