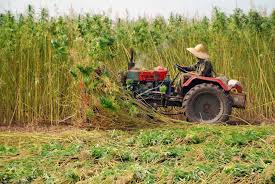 Afriplex, has announced its entry into hemp with a bold strategy to kick start the market by creating mainstream demand for new hemp products, expanding its processing capacity and launching a contract-grow model for small-scale farmers.

In an exclusive interview with Cannabiz Africa on 22 April 2022, Afriplex CEO Danie Nel said the African botanicals company would enter the hemp market nationwide in a “co-ordinated and structured way” by positioning itself between the primary producer and the end user focusing on four main areas in the hemp value chain: construction, packaging, textiles and food and beverages.

Nel has been quietly establishing joint ventures with mainstream architectural and construction companies, processing equipment suppliers and food and beverage manufacturers to “bring their expertise and resources to the table”.  He says he is also in discussion with an international company to invest in a large centralized decortification plant in South Africa.

Afriplex’s approach is to start creating market demand for hemp to ensure it can approach farmers with specific end products in mind.

“There are now a sufficient number of hemp permit applications to warrant the establishment of long-term contracts with farmers” he says.

Afriplex has set up a dedicated hemp research team which will “guide” farmers in hemp cultivation, supply seed adapted to South African conditions and then offer primary and secondary processing of fibre.  The team will also be involved in developing commercial end-products in collaboration with mainstream market players.

“Hemp has far more potential to create jobs than medical cannabis. It’s easier to grow and has fewer regulatory burdens than cannabis” he says. “If we develop a structured environment for small-scale hemp farmers, with the support from new joint ventures, to supply products to the market, will create the much-needed momentum for the industry that is struggling to find its feet.

“The beauty of hemp is that it allows smaller growers to benefit. In collaboration with an off-taker we have  established a small mobile facility that we would move from farm to farm to initially process the fibre which allows the farmer to concentrate on growing the crop and a means of supplying into the value chain without having to worry about creating end products”.  The unit will be upgraded to meet local conditions and are currently processing the first crop. The South African agricultural industry is known for local innovation and to design equipment meeting local standards.”

Nel says Afriplex will focus on the Eastern Cape, where different sites are being evaluated, and the Western Cape and Gauteng, where the company has pledged investment in the Sedibeng Special Economic Zone in the Vaal Triangle.  He says Gauteng premier David Makhuru is enthusiastic about getting the provincial hemp and cannabis industry off the ground and the provincial government is supporting small farmers and businesses in applying for hemp permits. Wesgro has provided a high-level of support in the Western Cape.

Nel says Afriplex has been working on finding the right genetics for the past two and a half years and last year produced a large crop to understand the protocols.  “Now it’s a matter of scaling up. The challenge is using different parts of the plant for different applications and to avoid sitting with excess fibre. There are already exciting products ready to go to market if the supply chain can be bolstered”.

“Work is also underway to develop sustainable packaging solutions manufactured from hemp-based bioplastics. Hemp hurd, another byproduct from hemp processing, is used to produce hempcrete bricks. These bricks are naturally non-toxic, energy efficient, incredibly insulated, strong, lightweight, and breathable, making it a good candidate for the construction industry.It is already being produced and used in pilot projects in the Western Cape. Now we have to move to packaging and textiles. ”

The post Afriplex Hits the Hemp Market; Bold Plans to Monetize the Middle of the Value Chain appeared first on Cannabiz Africa.

Labat does Coega Hemp Deal with CSIR; Van Rooyen Says the Bucks Will Be In Textiles

Labat does Coega Hemp Deal with CSIR; Van Rooyen Says the Bucks Will Be In Textiles 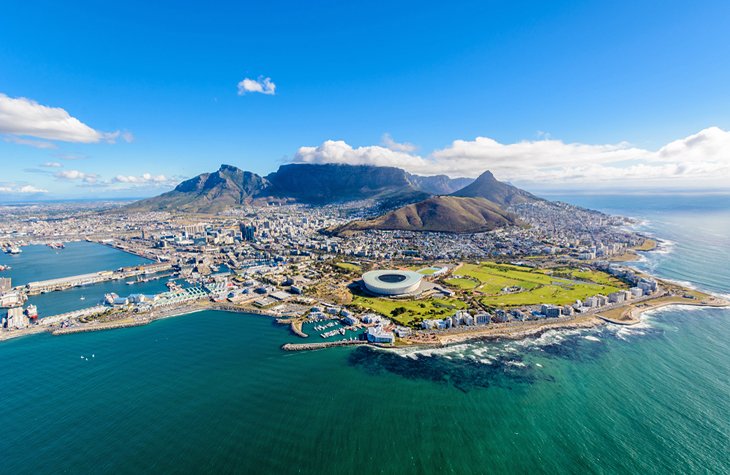 Labat positioning itself across the cannabis value chain

Labat Africa has done a deal with the CSIR to grow and produce hemp at Coega in the Eastern Cape. This is part of the group’s strategy of engaging with all levels of the cannabis value chain and CEO Brian van Rooyen believes the money is in developing hemp textiles. In an interview with Neesa Moodley of the Daily Maverick on 4 April 2022, Labat CEO Brian van Rooyen said the agreement would solidify collaboration and co-operation between CSIR and Labat across the value chain of cannabis and hemp production for industries ranging from pharmaceuticals to textiles to energy.

“It is really about the CSIR wanting to commercialise medicinal cannabis and getting some traction in the industrial side of hemp production and processing. The partnership is collaborative and serves to benefit both parties,” he said.

The agreement makes provision for the use, upgrade and expansion of the CSIR Coega hemp-processing facility, the acceleration of hemp biomass and waste into energy applications in KwaZulu-Natal as well as for the beneficiation of biocomposites and biopolymers that will be applied in the automotive, textile, construction and packaging industries.

Conversion of natural fibre to biopolymer is where the money is

“For the latter, the conversion of natural fibre to biopolymer is where the value-add is. We have several confirmed private sector and state-owned enterprises as clients. One of these is the largest textile manufacturing company in South Africa, which will be using the material in their production rollout,” said Van Rooyen.

The rest of this article is reproduced from the Daily Maverick:

Van Rooyen says that there are currently no large-scale industrial hemp-processing operations in Africa: “The producers around do not have the technological capability and the financial means to scale business to the required global levels. South Africa’s [hemp industry] has remained a cottage industry due to historical regulatory issues, social stigma, minimal technological development and the absence of a reliable supply chain for industrial application.”

Focus will be on FMCG development

The joint effort by Labat and the CSIR will focus on producing some of the fast-moving consumer goods (FMCG) among the 25,000 established hemp-based and hemp-derived products in the nine subsectors of the manufacturing industry, and Labat claims this initiative could result in the creation of 20,000 jobs in South Africa alone.

The agreement on cannabis includes the production and processing of the plant for medical purposes; active pharmaceutical ingredient research, development and production; the proliferation of Labat’s wellness range; as well as further development of tetrahydrocannabinol (THC) and cannabidiol(CBD)-infused pharmaceutical products and other cannabis compounds as well as terpenes using the pharmaceutical technology innovation platform, FuturePHARMA.

This is just the latest in a series of moves by the company aimed at establishing its dominance in the fast-growing hemp industry.

Herschel Maasdorp, Labat’s group executive for business development, says the company wants to be involved in almost every part of the cannabis value chain, from genetics to retail and dispensary.

Labat to use Sweetwater cannabis for Biodata clinical trials

Labat paid R10-million cash in early March this year for Sweetwater, an approved medicinal quality cannabis production facility in the Eastern Cape, which sells cannabis to clients in Australia and Europe as well as locally to medicinal patients through the Biodata research project. The company plans to increase the production capacity at the Sweetwater facility from 500kg a year to 1.5 tonnes a year.

Ace Genetics, the genetics, seeds and breeding subsidiary of Labat Healthcare, which has precontractual agreements with international seed banks, recently launched the African Cannabis Genome and Landrace Project at Sweetwater Aquaponics. This aims to map 12 African varieties of the plant, which include Malawi Gold, Durban Poison, Swazi Gold, Rooibaard, among others, at the Ace Genetics Nursery, making provision for a breeding programme that will ensure that indigenous knowledge systems are preserved.

Through Biodata, Labat has started conducting observational research into medical cannabis as an opioid replacement for pain management. This research was approved by SAHPRA in June last year.

The post Labat does Coega Hemp Deal with CSIR; Van Rooyen Says the Bucks Will Be In Textiles appeared first on Cannabiz Africa.